You are here: Home > Canine Intelligence…

With the Auckland SPCA currently teaching 3 mixed breed canines how to drive a car, I thought this would be a great opportunity to write about canine intelligence!

Researchers have found that dogs are capable of much more than we’ve ever thought possible. Studies have shown that some pooches can understand up to 250 words and gestures, can count up to five and can perform simple mathematical calculations. Using tests originally designed to demonstrate the development of language, pre-language and basic arithmetic in human children, the researchers were able to show that the average dog is far more intelligent than they are given credit for. 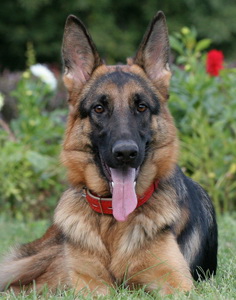 The meaning of “intelligence” in dogs, is very hard to define. Tests done in the past on canines, measure problem-solving abilities and tests that involve upstanding the ability to learn. It is likely that dogs do not have the skills to premeditate an action to solve a problem, but some dogs may, however, have more drive to keep trying various things until they reach a solution that will result in a  large amount of praise or treats from their owner or the “pack leader”.

Like most animals, dogs feel depression, anger, fear, sadness, thirst, hunger, pain and exhilaration. They also understand social structure as they are pack animals. This teaches them how to behave around other members of their pack. Adult dogs will train their young by correcting them when they behave in an unacceptable manner (biting too hard, eating out of turn, etc) and reward them for acceptable behavior (playing, feeding, grooming etc ). A lot of owners would also say that their dog can feel complex emotions like jealousy and pride….Would you agree with this?

Some breeds have been selectively bred for specific inherited behavior, but it is not necessarily an indicator of intelligence. For example, a sheep herding breed, like the Border Collie, would be expected to learn how to herd sheep very quickly and might even perform the job with little training. The same breed, however, would be a challenge to train how to point and retrieve. A Pointer often points to game (e.g.ducks) instinctively and naturally retrieves birds without damaging them, but training it to herd sheep would prove to be difficult.

So, maybe what the SPCA Auckland is doing here, by training these mixed breed dogs is going to prove a brilliant point. By adopting a crossbred dog, some people would argue that you’re getting a more intelligent pet as a number of specific inherited behaviors are being included all in one! We will see…….